Weathering the Future with New Technologies

Home/Uncategorized/Weathering the Future with New Technologies 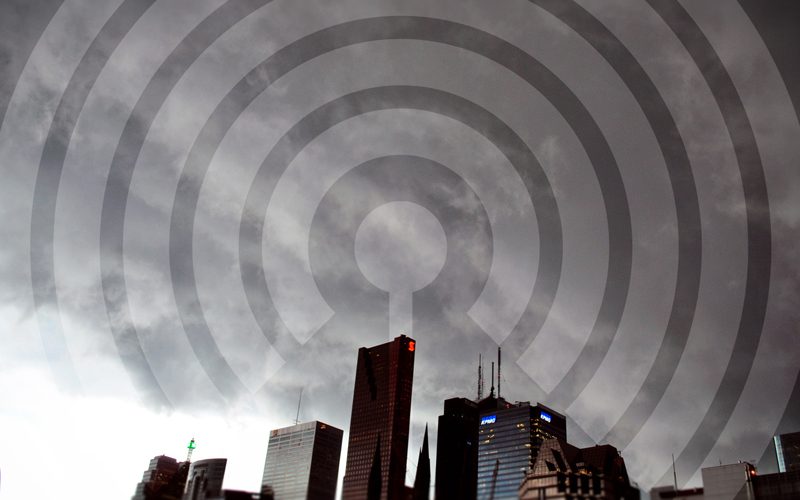 It would be naive to assume that everyone really cares about the changing climate. Of course, some have to, like the Midwest US who literally live and die by the weather. And as global warming advances, that weather is increasingly severe. Really, though, many people are concerned about weather trends only insofar as it presses against their bubble, affecting their daily plans and routines. Luckily, there’s currently a boom in sensor hardware. Many of these new products cater to those smaller, daily concerns, and are simultaneously aggregating valuable hyperlocal data.

BloomSky, for example, is your own personal weather station. Not only does it feed you real-time weather, but it also documents it with a 170 degree, ultra-wide angle lens camera that takes photos of the sky every 3-5 minutes. Documentation of current conditions provides a meaningful connection between the data set and how it’s being played out in the reality of the sky. This is exactly the reason why PressureNet has a current conditions feature. Currently, BloomSky is raising funds on Kickstarter.

The use of a carbon dioxide monitor has also seen a rise in demand as companies look to ensure the safety of their workers and those visiting their site. The data gathered through these sensors is vital for industrial workplaces to operate effectively and safely.  Many car companies are considering installing these in future cars to monitor emissions. An example of an existing sensor application in cars is known as WeatherCloud. Weathercloud  uses three different types of sensors that attach to your vehicle on the tire, front licence plate frame, and windshield. The data collected is sent to your phone via Bluetooth, then to their server, and is further combined with meteorological models from NCAR. The results are extremely precise road conditions.

Stormtag is another great piece of sensor hardware. Essentially, it’s a weather station tiny enough to hang from a keychain. Competition will toughen for it when the iPhone 6, which is rumoured to have a barometer (and possibly a thermometer and hygrometer) is released around September 2014. Weather related apps will be crazy not to make use of those sensors.

There are companies that are already using precision weather as an added layer of intelligence in their products, such as Skydrop, a smart sprinkler controller. Skydrop saves on water usage, benefiting both the user and the environment.

The atmosphere surrounding climate change and severe weather is finally shifting, becoming more prevalent, and more serious. Innovators are certainly taking note, and creating smart sensor products with a dual payoff: assisting the user within their bubble, and having the potential to help scientists see the larger climate trends. The data that these devices collect, along with smartphone sensor apps, have the potential to make immense improvements! With this data we can better prepare for and understand the changing climate, as well as conserve on energy and resources.

It’s never too early to dream of the gold that can be found if all this data pooled together. Already, the barometric readings PressureNet aggregates is helping to improve weather models, but it needs increased density for higher precision. Opening all the data would accelerate that process dramatically. One of the keys to improving our world may be as simple as becoming open source, at least concerning our hyperdense data banks.